Tales and truth about wooden Matryoshka dolls.
You may know this Nesting dolls we do have on offer here also by its other names as Matreshka, Matryona, Russian wooden nesting dolls, Babushka dolls, or stacking dolls!
You may find so many idioms for Matryoshka dolls, because as rich as the Russian language is, there are many variants and translations which will generate different names like Matreshka, Matryona, Matrena and so on. All those names stay for Russian wooden nesting dolls or stacking dolls, in many forms and fashions. Various legends are around about the origin of Russian Matryoshka dolls... please note: We created our toys from linden wood, like those stacking dolls. We paint our wooden dolls by hand. It`s our tradition of preserving Russian art style, traditions, and carving art flair. A handcrafted Nesting Doll is surely one of the best gift you can present to someone or yourself. 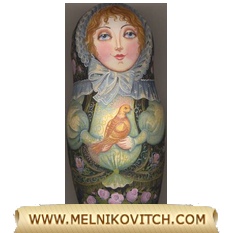 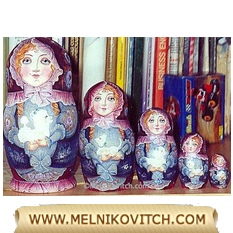 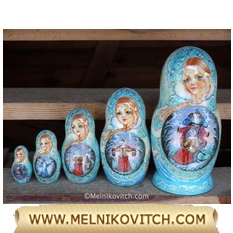 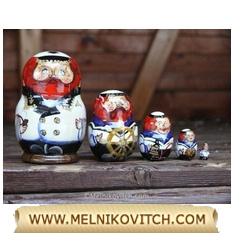 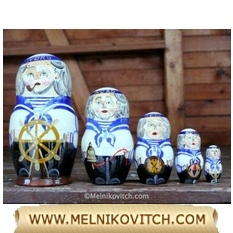 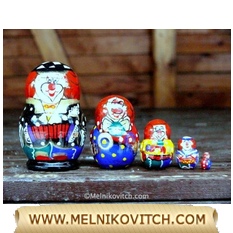 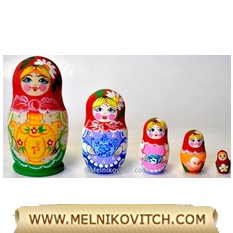 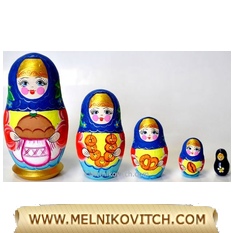 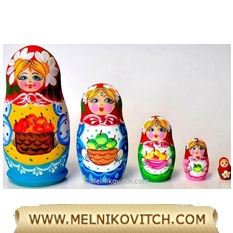 5 wooden Matryoshka dolls with apple for… 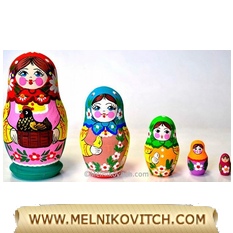 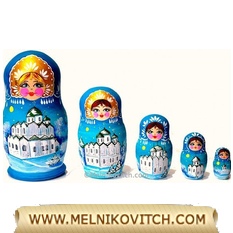 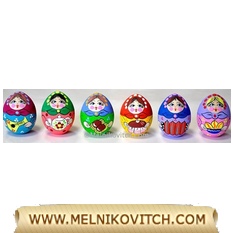 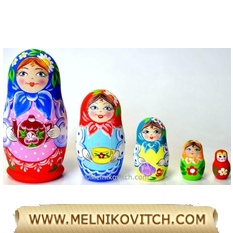 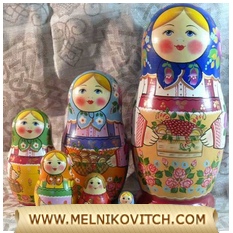 The dolls embodied the national character and has become a traditional Russian souvenir, which You can buy in the online shop of our workshop. Different legends about its origins. But the main version is that it appeared in 1890 in Abramtsevo workshops Redwood estates that is close to Sergiyev Posad. Prototype was a figure of a bald old man good - Fukuruma. It then "disappeared" all of his family. Handmade figurine was brought from the island of Honshu the owner of the manor Abramtzevo Mammoth patroness of artists, poets, and artists. Now it is a Museum-estate Abramtsevo.

Craftsmen have long sharpened Linden Easter eggs, the vessels, and put them one into another, so the idea of the doll came to mind. One of the best Sergiev Posad the toy-makers of Troitsk V. Zvezdochka did manually grind a wooden doll, a well-known artist, a connoisseur of antiquity S. Malyutin painted it hand painted. Turned round-faced girl in a simple village clothes and gave her name - Marya, pet Matryoshka doll.

Handmade figurine was very expressive, started to produce different variants. Russian dolls embodied the national character and became the object of interest of collectors, researchers and artists. The demand for it is growing every year. In 1900 she came to the world exhibition in Paris and received universal recognition. The assortment has expanded, it has become much willing to buy this beauty and came to the forefront of educational and educational function of toys.

In the early twentieth century in reports of the Moscow province Zemstvo was said about the strong desire to buy the doll abroad. Orders were issued for 14 States.

The great demand for dolls made of entrepreneurs of foreign countries to produce wooden toys under the style of "Russe". In 1890 the Russian Consul reported from Germany to St. Petersburg, that the Nuremberg firm "albert Gerh" Turner Johann Wilde fake Russian nesting dolls. This is not surprising, since Nuremberg in the fourteenth century was known as one of the centres for the production of handmade toys out of wood of the Thuringian forest. The German masters was hard to resist the production of new items.

*Our products are collectible and souvenir, and is not intended for young children!